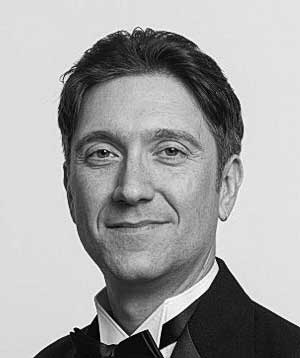 A member of The Lakeside Singers since its inception, Keith earned his Bachelors in Music Education from Elmhurst College, and his Masters degree in Vocal Pedagogy at Northeastern Illinois University. While he continues to be an active adjudicator and performer, Keith mixed things up in 2018 to begin working at the boutique audiophile company, ZMF Headphones. Originally from Matteson, IL, Keith now resides in Bolingbrook with his beautiful wife and two children.
Ned Lott 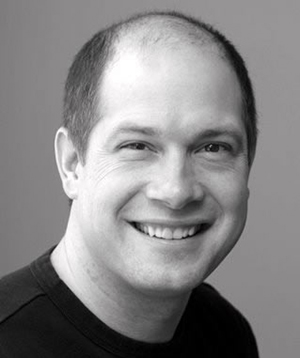 Ned sang with the Chicago Symphony Chorus for 15 seasons, performing as a soloist in “Moses Und Aaron” under Pierre Boulez during their Berlin tour and singing in their Grammy winning recording of “Die Meistersinger Von Nürnberg.” He has been active in local theatre and is a member of Northminster Presbyterian Chancel Choir. Ned grew up in Tucson, is a University of Arizona alumni and works as a futures broker for EDF Man Capital Markets. He and his wife Heidi also perform in an Evanston-based funk band called Chicken Bone.
Jon Negus

Jon is a studio singer, composer, freelance producer, woodwind player and keyboard player in the Chicago music scene. His voice, instruments and writing have been heard on hundreds of radio and television commercials worldwide for over 30 years. Jon produced more than 700 tracks and 70+ CDs for the pre-school music program Kindermusik. He has performed with Celine Dion, Bob Hope, Gladys Knight and the Pips, Ray Charles, Dionne Warwick, Denis Leary, Joan Rivers, Enuff Z’nuff, Debbie Reynolds & Donald O’Connor, Eddie Arnold, The Lennon Sisters, Dennis DeYoung and Styx, among others. With his wife Jacque, he operates Momcat Music, a music production company producing children’s music, church music and industrials for corporations and commercials.
Daniel Riley 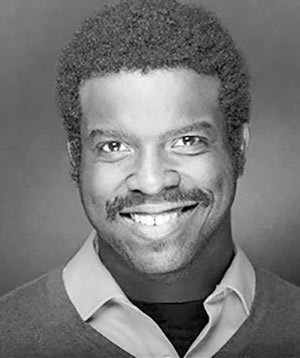 Dan is a performer, director, arranger and teacher who has performed in venues all over Chicago and the suburbs, most recently at Northlight Theatre, American Blues Theater and Paramount Theatre. A lifelong resident of Chicago, he studied at Roosevelt University and Harold Washington College. Dan also coaches and accompanies soloists and choirs of all ages in many styles of music. He regularly sings with the Cathedral Schola Cantorum at Holy Name Cathedral and can be seen Sunday mornings on WGN-TV singing for Mercy Home for Boys and Girls. He is a proud new member of Actors’ Equity.
Khahari Cook 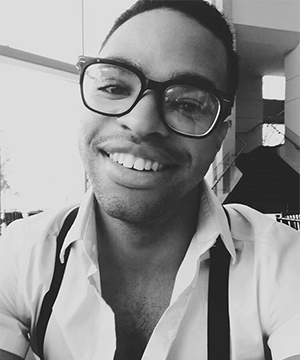 Khahari recently earned his undergraduate degree in Music Performance from North Central College where he was involved in Concert, Jazz, and Chamber Choirs along with Opera Workshops. He performed as a group soloist in Leonard Bernstein’s Chichester Psalms with DuPage Symphony Orchestra, and performed roles such as Papageno in Mozart's Magic Flute Thomas Bouché in Kurt Weill's Down in the Valley and Don Alfonso in Cosí fan tutte. 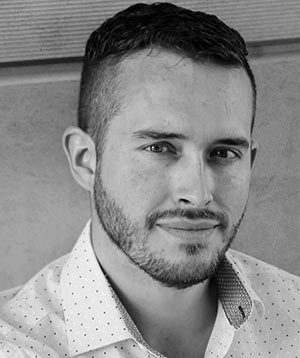 Kyle Jensen has performed various solos around the Chicago area, including Northwestern’s production of Faurè’s Requiem, a featured soloist with Baroque Music Ensemble, and a soloist in North Shore Choral Society’s 2018-2019 season concert “Leonard Bernstein’s 100th Birthday”. Among his various opera roles, he has performed Leporello in Mozart’s Don Giovanni, Father Trulove and the cover for Nick Shadow in Stravinsky’s The Rake’s Progress, Coppelius and Dr. Miracle in Offenbach’s Les contes d’Hoffmann, and Colline in Puccini’s La bohème. This summer Jensen has debuted the title role in Mozart’s Le nozze di Figaro in Novafeltria, Italy with La Musica Lirica. Jensen was a finalist in Idaho/Montana district for Metropolitan Opera National Council auditions in 2016 and received an encouragement award in the previous year. Hailing from Bear River City, Utah, Jensen received his master’s degree from Northwestern University under W. Stephen Smith, and his undergraduate degree at Brigham Young University-Idaho under tutelage of Kristine Ciesinski. He is grateful for his loving wife Sarah and his four-year-old daughter Lillian in supporting him in his career as a performer.